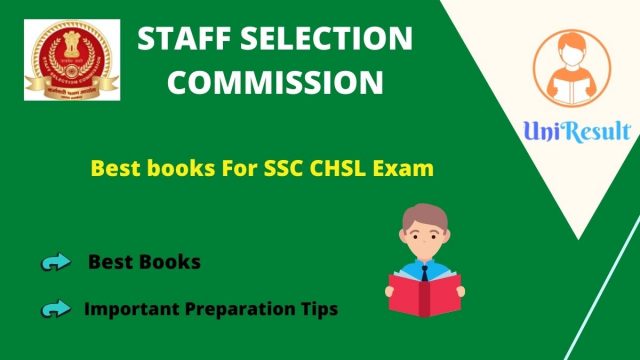 Big news for unemployed students SSC CHSL recruitment 2021 exam date will be announced soon. SSC will soon release the admit card, students who have filled the exam form of SSC CHSL can download their admit card by going to the link given below. SSC will conduct CHSL exam soon, so you will keep checking SSC’s original website ssc.nic.in and we will make it available to you as soon as the exam date comes. In this article, we will tell you about the best book for students preparing for SSC CHSL, so that students interested in SSC CHSL can know about the best book.

Tier-II Paper will be a descriptive Paper of 100 Marks in Pen and Paper Mode in the duration of the paper would be for one hour. The Paper would comprise writing of an Essay of 200-250 words and Letter/ Application of approximately 150-200 words. The minimum qualifying marks in Tier-II would be 33 per cent.

The speed will be adjudged on the accuracy of typing on the Computer of a given text passage in 10 minutes. Visually Handicapped candidates (with 40% disability and above) will be allowed 30 minutes.

Only those candidates who secure at least the minimum qualifying marks in the Computer Based Examination (Tier-I) and Descriptive Paper (Tier-II), as may be fixed by the Commission at its discretion, will be called for Typing Test. The Commission may also, at its discretion, fix the minimum qualifying marks in each component of the written examination.

If you still have any doubts about Best books For SSC CHSL Exam, then you can comment down below we will try to solve your queries and you can also contact us on our email that you can find out in our about section. You can also bookmark this page for instant information.